MARVEL'S AGENTS OF S.H.I.E.L.D. - "4,722 Hours" - After her dramatic rescue from another planet, Simmons is still reeling from her ordeal and reveals how she had to fight for her life in a harsh new world, on "Marvel's Agents of S.H.I.E.L.D.," TUESDAY, OCTOBER 27 (9:00-10:00 p.m., ET) on the ABC Television Network. (ABC/Tyler Golden) ELIZABETH HENSTRIDGE

Apologies for not recapping last week’s SHIELD but I was travelling last week and saw the episode while waiting for my flight to board and then was caught a cold where I did not feel well enough to recap. But I am back to recap a Simmons-centric episode that details what happened to her after she gets sucked into the monolith. 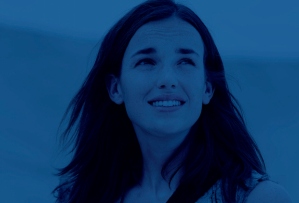 In the first few hours and days, Simmons does a decent job surviving. First, Simmons finds a water source and kills a creature in said water source for food. To keep her sane, Simmons talks to Fitz about their possible date and looks at his photo on her phone. If you are wondering how Simmons phone managed to have such a long battery life, it’s because Fitz tricked out to last a really long time (in fact it lasts almost 3 months on one charge).

One day, Simmons falls through a hole and ends up being a prisoner of another human on the planet. His name is Will (Dillon Casey) and he was a NASA astronaut who came through the monolith with three other NASA scientists to study the planet. Eventually, the two form a friendship and Gemma learns that Will has been stuck on the planet for 14 years. Will is amazed at Simmons 128 GB phone and tells her about how the other three scientists lost it being stuck on the planet and are now dead. Will sees that Fitz is more than a best friend to Simmons and she asks if Will has anyone special in his life.

Will also tells Simmons about the no fly area where there is something threatening on the planet. Simmons doesn’t listen to will and ventures out to the area. Simmons finds a sword and a sextant as well as a mass grave, presumably from all the sacrifices from that group in England. We also see the moment we saw in the coda of the premiere with Simmons hiding from the creature.

One of Simmons’ findings is a sextant which makes her realize is that the planet causes the portal to open up in different place. Using the NASA computer and her phone, Simmons manages to figure out where the portal will open next.

When Will and Simmons go to where the portal will open, they see that the canyon between them and the portal is much bigger than anticipated. Will tries to shoot the message in a bottle to Fitz in it but it breaks when the portal closes.

Back at their home, Simmons is despondent and Will comforts her and in a part of the episode that I feared, the two kiss. As we near the 6 month mark, it is clear that these two are now a couple. The two are outside to admire the “sunset” (this planet has no sun) when Simmons sees the flare that Fitz sends up. Simmons and Will go towards the source but Simmons sees the creature thinking it’s one of Will’s men. Will knows otherwise and tells Simmons to run. Unable to see Simmons and hearing a gunshot, she turns her attention towards Fitz and to her rescue.

Back to the present, Fitz is silent. Simmons says without Will she wouldn’t have survived, which is why she wants to go back. Simmons wants Fitz to talk to her and follows him to the lab where he shows all the research on the monolith and says they will find a way back.  My heart breaks for Fitz because she thought he got his Simmons back and a chance to start their relationship. I shipped FitzSimmons so hard since the very first episode of the show and had such high hopes that they would be a couple. But as soon as I saw that Will was a good looking guy and being in such close quarters, of course something romantic would happen. But I am hoping that soon Simmons will realize that what she shared with Will was out of hopelessness and loneliness and find her way back to Fitz romantically.

Speaking of Will, in the coda, we see the sun briefly out on the planet and he drops the gun that had one bullet left that he was going to use on himself. Will then walks off.