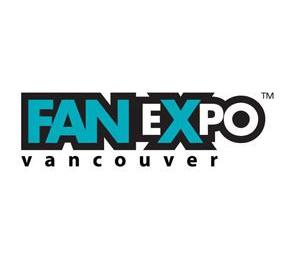 Another FanExpo Vancouver has been and gone. Although I am loathe to have missed John Barrowman, I did have the singular pleasure of sitting in on Ron Perlman’s Q&A session. The affable star of such live action fan favourites like Hell Boy, Sons of Anarchy, and , I’m sure for parents of some of the younger fans, Beauty and the Beast from the late 1980s (co-starring a pre-Terminator Linda Hamilton) had the audience in stitches in no time. With an exhaustingly long IMDb page (imagine WORKING all those jobs – he’s had 244 since 1979!), a wickedly dry sense of humour, he is remembered for an incredible array of characters – some he doesn’t even remember – and ones that have made the most splash have featured him beneath prosthetics or behind a microphone voicing animated characters for Teen Titans, Teen Titans Go, Trollhunters, Adventure Time, Justice League, and and and and and.

Right, enough from me, let’s move to a selection of Questions & Perlman’s Answers:

Thoughts about rumours of a sequel to Teen Titans Go!

News to him. Didn’t know if there was going to be a sequel. Joking, said, “Hang on, left me check my phone. No.” No messages. Hasn’t heard a thing.

Did you know what was going to happen with Clay Morrow (Sons of Anarchy)?

He was brought in before shooting on Season 6 began and briefed that Clay would be meeting        his maker. It was an adjustment; you figure you’re going to be part of the show until the end, but the writers are going to do what serves the show and you have to be okay with that. Joking once more, said he’s “got months and decades of therapy left to go. Not bitter. At all.”

How do you make a character come alive under prosthetics or when facial mobility is affected?

There has been so much progress over the years. Credits the magical level of skill and the genius     of those professionals for creating prosthetics where even an actor’s thoughts could register on the face underneath. They figured out how to apply an inanimate object to a human being and the result is truly transformative. With that in mind, you prepare such a part as you would any other part and hope it would bleed through the make-up, because it does.

Was asked what he remembered from playing Rust (from the video game Payday 2 in 2013):

He drew a blank. Couldn’t remember the character, or what it was from. Laughingly offered that   it “was cool“, obviously “one of my finest hours“.

Any difference in prep or experience between doing Hellboy live action or voiceover?

Mainly within the dialogue itself. In the one, Hellboy speaks in one-word sentences and in the        other, Guillermo del Toro turned him into a fully fledged character melding the one-word sentence guy with Ron Perlman, the person, just with make-up and an “amazing suit that made me look like I had muscles and could get shit done“. Bottom line, “apply the script”.

Does he have any memories or anecdotes from playing Mr Kellman on Charmed (the original)?

Immediate quip, “was that before or after Rust?”. The funniest memory he recalled was “being      asked to do it.”

Does he know anything about a prequel to Sons of Anarchy?

Apparently there has been talk about one, but for him it’s pretty clear that if it were to happen, it would be with younger guys in those roles. But he doesn’t know.

Was the drinking scene with Abe and Hellboy ad libbed or scripted?

It was one of his favourite scenes. They were drinking Tecate beer for real and laughing       remembered “getting buzzed to Barry Manilow” when the questioner mentioned that detail. But, as to the question itself, it was completely scripted; the way Guillermo del Toro wrote it, it may as well have been him: “reluctant asshole“. del Toro wrote it all, every single thing he said.

Purely as a result of del Toro saying “you’re coming with me” – didn’t know as what, but a place not       only was found but also tailor made for him as Reinhardt.

Has he ever pranked a co-star?

He just laughed and said he was “doing it now“.

Did he get to keep his shoes from Pacific Rim?

Again he laughed and said that he tried, that security caught up to him as he was coming to the car. “They fuckin’ tazed me.”

For Hellboy specifically, how long did putting on the make-up take?

On a normal day: 4 hours

Days with horns on: add 45 minutes to an hour.

Was asked about Monster Hunters.

Said he had “just found out” and that he “can’t wait to read it“.

Any chance the original Teen Titans are coming back?

He hasn’t heard but would “love to do it if they asked.

Can you recite a couple of The Lich’s lines?

Can’t remember any of them off-hand. “What does he sound like?”

Did he enjoy doing Troll Hunters?

It was an absolute “throat ripper” and “couldn’t talk for 6 months after”.

And that was all she wrote. But before I sign off, I just want to say something to those who might have been disappointed that the characters they love so much didn’t leave as much of a lasting impression on the person who brought that character to life. As much as it’s gratifying that these characters – animated or otherwise – find their way into the hearts and minds of fans, ones they find inspiration or solace in , or in whom the characters live on, something that has to be kept in mind that these are jobs: you prep, you do the gig, you move on. If you hold on, you are doing the next character you play a disservice, because unless you’re phoning it in or doing it for the paycheque, ALL of you needs to be available to find your way into the next character, to BECOME the next character. If not, that character is not going to have a chance at landing with the hearts and minds of its audience. It’s just not going to ring true. There are going to be roles that are more personal, especially if they’re created for the actor or they have creative input, or they stick around for 6 seasons like Clay Morrow, but as for the one-offs, like the moderator said “as long as the cheque clears“…there’s a lot of play involved, but it is a job, and with close to 40 years of experience, to think of Perlman as anything but a pro does him a disservice.