This week’s Marvel’s Agent’s of SHIELD gave us a little insight into the enigma that is Melinda May in the form of her ex-husband, Dr. Andrew Garner (Blair Underwood). But before we get to any of that, we start off with Cal assembling his on SHIELD Rogue’s gallery. 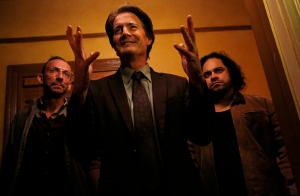 We open up with Cal paying Karla Gideon (Drea de Matteo) a visit to her apartment in Coney Island. Cal introduces Karla to Wendell Levi,a tech specialist and Francis Noche, a man with super strength. All of these new recruits have one thing in common, they were on the SHIELD index or Cal likes to call it the gifted index. Karla gift is that she has razors grafted on her finger tips but SHIELD shackled them up. Karla is in on Cal’s mission to take down SHIELD after he removes the shackles.

Meanwhile, May tells Skye that she will be put on the index and while debriefing Coulson, he mentions that with Skye on the Index she will need to undergoing a psych evaluation to not only see how she is mentally but also if she is a threat. There is only one man for the job and it is up to May to ask him.

There is also some tension between FitzSimmons that Bobbi notices. It seems Simmons isn’t too happy with Fitz for keeping the true nature of Skye from her and the teams. Science used to bond them together but now FitzSimmons have lost that too. Simmons is also puzzled over Skye new DNA and how it is very similar to Raina’s but both have different reactions to what happened to them. 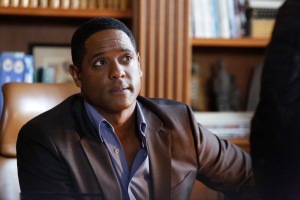 May goes to Culver University, where her ex Andrew is now working. Andrew used to consult with SHIELD and looks over Skye’s file. Andrew agrees to help if SHIELD meets certain conditions like he is there to help Skye only and not SHIELD. May says that this SHIELD is very different now than the one he worked with. The biggest change being that Coulson is now the director.

May tells Skye that she is going to be evaluated by a shrink. Skye isn’t too happy about this but relents when she hears it will be her ex-husband questioning her.

Skye is almost giddy at the prospect of learning personal stuff about her mentor and peppers Andrew with questions about what kind of bride is May. Andrew sees this as deflection and Skye says that she can control her powers now. Andrew does finally get Skye to open up on why she shot herself with the icer so he rewards her by sharing that he and May eloped but not to Vegas.

Andrew is glad that May allowed him to share some personal stuff to get Skye to open. The two play a little catch up but Andrew is coy about the pictures on his desk. When Andrew teases May about her cooking, Fitz witnesses this and shares this with Simmons, who seems happy too that there is this other side to May.

While all of this is happening, Cal and his rogues have arrived to Brynmore Prison to break out some dangerous prisoners that are on SHIELD index. Coulson and Bobbi go to the prison to see what damage has been done.

When the two go to the sub basement and Coulson explains the prisoners that Cal is after. When Bobbi encounters a prisoner, she takes him down with ease and Coulson is quite impressed. But the guy Bobbi took down wasn’t the prisoner they are concerned about. It is a guy named Dave Angard who had something done to his vocal chords that if he opens his mouth, causes people to become catatonic. There is a message left behind in Angard’s cell “Fight On”.

Cal tells Karla that SHIELD will come to them as they drive into the town of Matawonic (or something like it), Wisconsin. At a diner, Karla thinks they should drop their crusade against SHIELD but Cal gives a passionate speech as to why they cannot give up.

Bobbi and Coulson are on the cloak jet using traffic cameras on the lookout for Cal’s camper. Coulson wants to know the real reason why Hunter didn’t show up for work and it is not because he got the case of cold feet of joining SHIELD. Bobbi reveals she and Hunter were sleeping together but she called it off and he didn’t take it well and is on a bender with Mack looking for. When Bobbi calls this history repeating itself, Coulson knows where Cal and the rogues went: his hometown in Wisconsin.

Back at SHIELD headquarters, the base starts to shake and Andrew goes to the Bus to stop Skye but she says that she isn’t causing the shaking. It actually is May who is taking off to come to the aid of Coulson. Earlier the base shook and it was Skye who was having a bad dream of being a target of SHIELD. In this case it was Skye’s fault.

Since Coulson needs backup, Skye wants to be part of the mission but May and Andrew say it is too dangerous for her to be out in the field. Skye then suggests the fact that she will be on the index to use against her father.

In Wisconsin, Cal removes the Hannibal Lector style mask off of Angard who unleashes his power on a high school football field to knock football players and cheerleaders out cold.

When Bobbi and Coulson arrive, Cal taunts Coulson and is still bitter that Coulson killed Whitehall. Eventually, Coulson does come out in the open and the two come face to face. Before anything can happen, May comes holding Skye at gunpoint saying that she will kill her. Cal knows that they won’t kill Skye and gets Angard to speak into a microphone that is broadcasting to a local radio station to knock people out. However, before Angard can open his mouth, Gordon, the man with no eyes teleports in and teleports out with Cal. Coulson then takes down Angard, Bobbi takes down Karla and May confronts Francis.

When the field starts to shake, Skye manages to control her powers but we see bruising develop on her hands. Back on the Bus, Simmons tells Skye that she has a lot of hairline fractures and Skye learns that she wasn’t controlling her powers but internalizing them thus hurting her. Later, Simmons tells Coulson that Skye’s power wasn’t man made like Cal’s, Angard’s or Mike Peterson but internal. Coulson wants Simmons to keep on her research but not to involve anyone else.

May tries to get Andrew to stay on with SHIELD to help out Skye but he turns the offer down as the person in the pictures on his desk is the reason why he cannot be in league with SHIELD again.

I haven’t mentioned Hunter yet because the big reveal with his storyline happened at the end. Basically, Mack is holding Hunter prisoner at a safehouse. Bobbi knows that this is all for the best but isn’t happy. The big reveal is Mack brings Hunter to a base. When Hunter asks who Mack works for, he says he works for the real SHIELD.

In the coda, Cal and Gordon have a talk. Gordon says that Cal isn’t one of them (I am guessing an Inhuman) and pretty much lets him go. Don’t quite get the point of this scene.