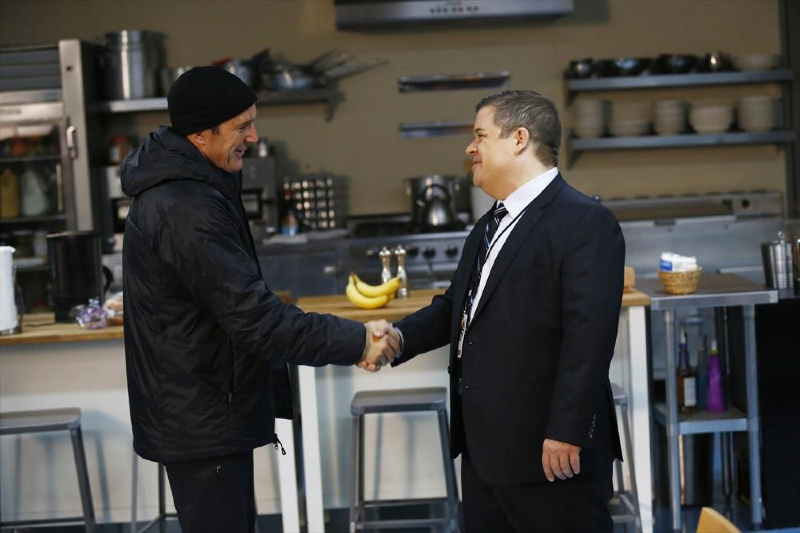 MARVEL'S AGENTS OF S.H.I.E.L.D. - "Providence" - With Colonel Glenn Talbot now on their trail, Coulson and his team seek refuge in the last place anyone would look, where they begin to uncover S.H.I.E.L.D.'s most dangerous secrets -- secrets that could destroy them all, on "Marvel's Agents of S.H.I.E.L.D.," TUESDAY, APRIL 15 (8:00-9:01 p.m., ET) on the ABC Television Network. (ABC/Justin Lubin) CLARK GREGG, PATTON OSWALT