It is the semi-finals of season 5 of The Great Canadian Baking Show. So who will make into the finals and who just falls short in “Patisserie Week” Also, I just realized that Aimee is the last woman standing but will she make it to the finals or will it be an all male finale. Let us find out.

The Bake: 16 vol-au-vents with two flavours

What I would bake: One would be smoked salmon, dill and cream cheese and the other would be star anise chicken stew Vol-au-Vent.

Time and a busy schedule has gotten away with me this season as my intention to make the technical bakes did not happen but I will really try over the holidays.

How I would have fared: I have never heard of this one. It is a yeasted pastry. I am not sure how I would do especially that everything has to be done by hand. And then there is the caramel. I am not interested in burning my fingers again. 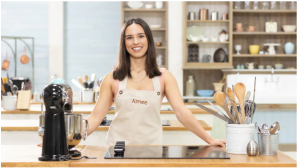 The Bake: 36 Petit Fours. Three different kinds so 12 of each. 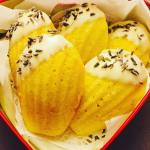 What I would bake: One is a white chocolate lavender madeleine, the other is a minty chocolate layer cake with peppermint buttercream and topped with candy canes and the third a brown-butter sage sables.

I like all of Vincent’s petit fours and Stephen’s Earl Grey madeleines.

Up for Star Baker:  Aimee, Vincent.

We say goodbye to Stephen

In danger of going home:  Steve and Stephen.

Quick Thoughts: I was right that Stephen would be going home and I called it in week three that Steve, Aimee and Vincent would be in the finale. If I were to predict who is going to win, I want to say Aimee but Vincent might pull it off.